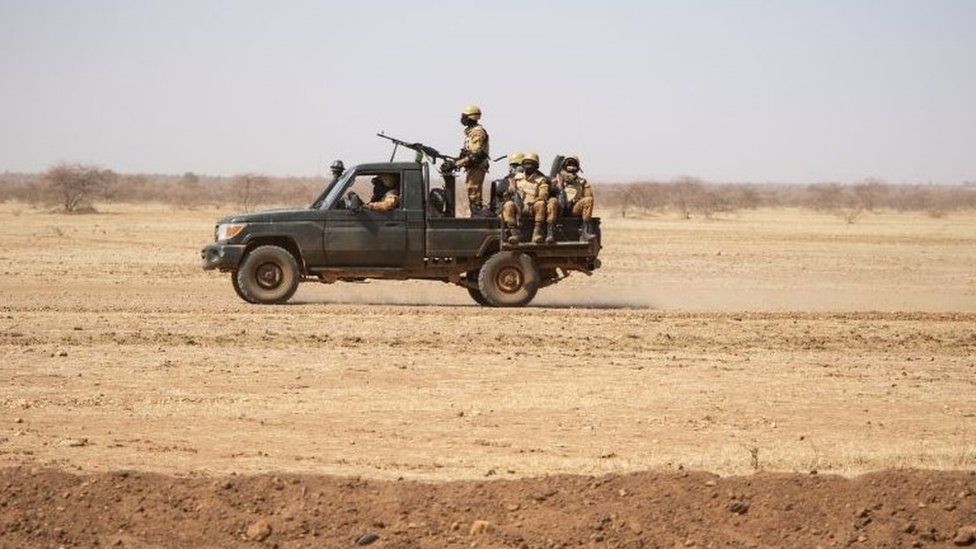 Two suspected jihadists including a local commander have been detained after a massacre in northeast Burkina Faso this month claimed at least 132 lives, the public prosecutor said Tuesday.

The attack on the village of Solhan on the night of June 4 was carried out by teenage boys: “Children killing children,” said US ambassador to the UN Linda Thomas-Greenfield.

The assault was the bloodiest in Burkina Faso’s six-year struggle with jihadist insurgents who in 2015 began to sweep into the impoverished Sahel state from neighbouring Mali.

They are being investigated for “criminal association, murder, attempted murder, theft, illegal possession of firearms and ammunition and criminal damage, all acts of which were connected to terrorism,” the statement said.

Local sources put the death toll at 160, including 20 children.

Thomas-Greenfield said during a videoconference on Monday: “That armed group? Mostly 12- to 14-year-olds. These children are often no taller than the guns they actually carry. They are taught to commit war crimes before they even know how to count.”

The investigation showed the attack was aimed at “looting property, looting being the main source of funding for the group to which the two defendants belong,” according to the prosecutor.

He said that the two suspects were members of the Al-Qaeda-affiliated Group to Support Islam and Muslims (GSIM), the biggest jihadist alliance in the Sahel.

Tidjani — alias “Ali” — is the head of a “terrorist base” in a forest in the Boundore region on the eastern border with Niger, the statement said, adding that Dikoure is a “simple fighter”.

Their group was responsible for previous attacks along the border with Niger and has made incursions into Niger as well as Benin, it said.

The investigation also blamed this group for a November 2019 attack on a mining convoy that left at least 37 people dead.

Around 1,500 people have been killed and almost 1.5 million forced to flee their homes by a rising wave of violence by jihadist groups in the former French colony.