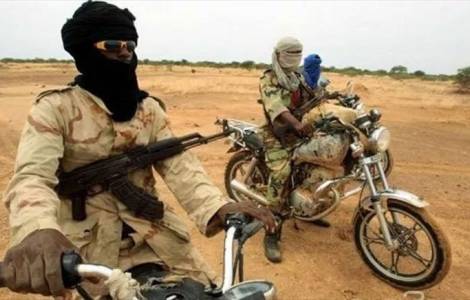 At least nine people were killed in a weekend attack in Burkina Faso blamed on criminal jihadists in the country’s restive north, local and security sources said Monday.

A traditional chief and three civilian defence volunteers were among those killed in the attack on Sunday in a village near the town of Pissila, a local official told AFP, adding that another three people remained missing.

He said the “terrorists” who waged the attack were killed, without stating a death toll.

“The attack occurred around 9:00 am when men from the village and volunteers were holding a strategy meeting after a series of incidents and attacks in the area,” he said.

A local elected official said hundreds of people had fled to Pissila in recent days.

Three of the dead belonged to the Volunteers for the Defence of the Motherland (VDP), an anti-jihadist civilian defence force created in December 2019 to help the former French colony’s poorly equipped military fight jihadists.

The volunteers are given two weeks’ military training, and then work alongside the security forces, typically carrying out surveillance, information-gathering or escort duties.

The VDF has suffered more than 200 fatalities, according to an AFP tally.

In the face of attacks that have forced more than 17,000 people from their homes, the army launched an operation in the north on May 5.

A poor country in West Africa, Burkina Faso has suffered jihadist attacks since 2015.