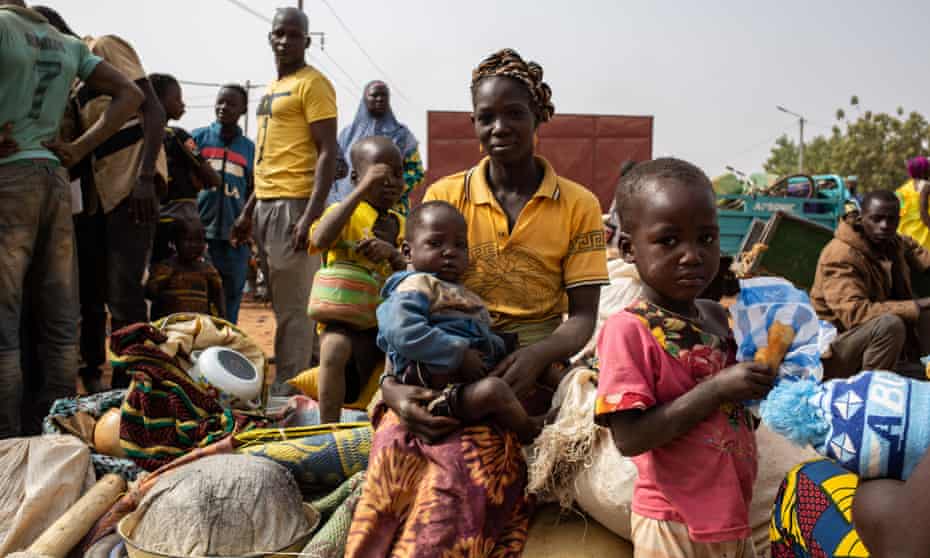 Rising violent attacks by jihadist groups in Burkina Faso are forcing record-breaking numbers of people to flee both inside the country and across international borders, the UN refugee agency, UNHCR, reported on Friday.

Six per cent of the population in the West African country is now internally displaced, with more than 1.3 million people uprooted in just over six weeks, according to latest Government figures.

During the first six months of the year, 237,000 people fled their homes for other parts of the country, which is a sharp increase over the 96,000 registered during the second half of 2020.

“UNHCR is equally alarmed by an acceleration in the numbers of people from Burkina Faso forced to cross a border to reach safety,” said Mr. Baloch.

“Since January, more than 17,500 people have fled to neighbouring countries, nearly doubling the total number of refugees from the country in just six months. There are now 38,000 Burkinabè refugees and asylum seekers across the region.”

Around 11,000 Burkinabè asylum seekers are in neighbouring Niger, up from 7,400 at the start of the year.  Together with the authorities, UNHCR and partners are providing food, shelter, relief items and care, however violence and insecurity continue to hamper humanitarian access.

Some 900 asylum seekers arrived in the country last month from the northeastern village of Solhan, after fleeing an assault in which 130 people were killed.  This incident was the deadliest attack in Burkina Faso since 2015.

Mali is also hosting 20,000 Burkinabè asylum seekers, with 6,600 people arriving in the Timbuktu region this year alone. As humanitarian access there is limited due to security conditions, UNHCR believes the number could be higher.

The agency also recently registered 179 asylum seekers in northern Benin, but thousands more are reportedly located in border areas inaccessible to humanitarians due to insecurity.

UNHCR has appealed for concerted action towards peace and stability in Burkina Faso and neighbouring Central Sahel countries, Mali and Niger, which are also experiencing a sharp rise in violence and displacement.

The agency is seeking $259.3 million for operations in the region this year, but so far only half the funds have been received.