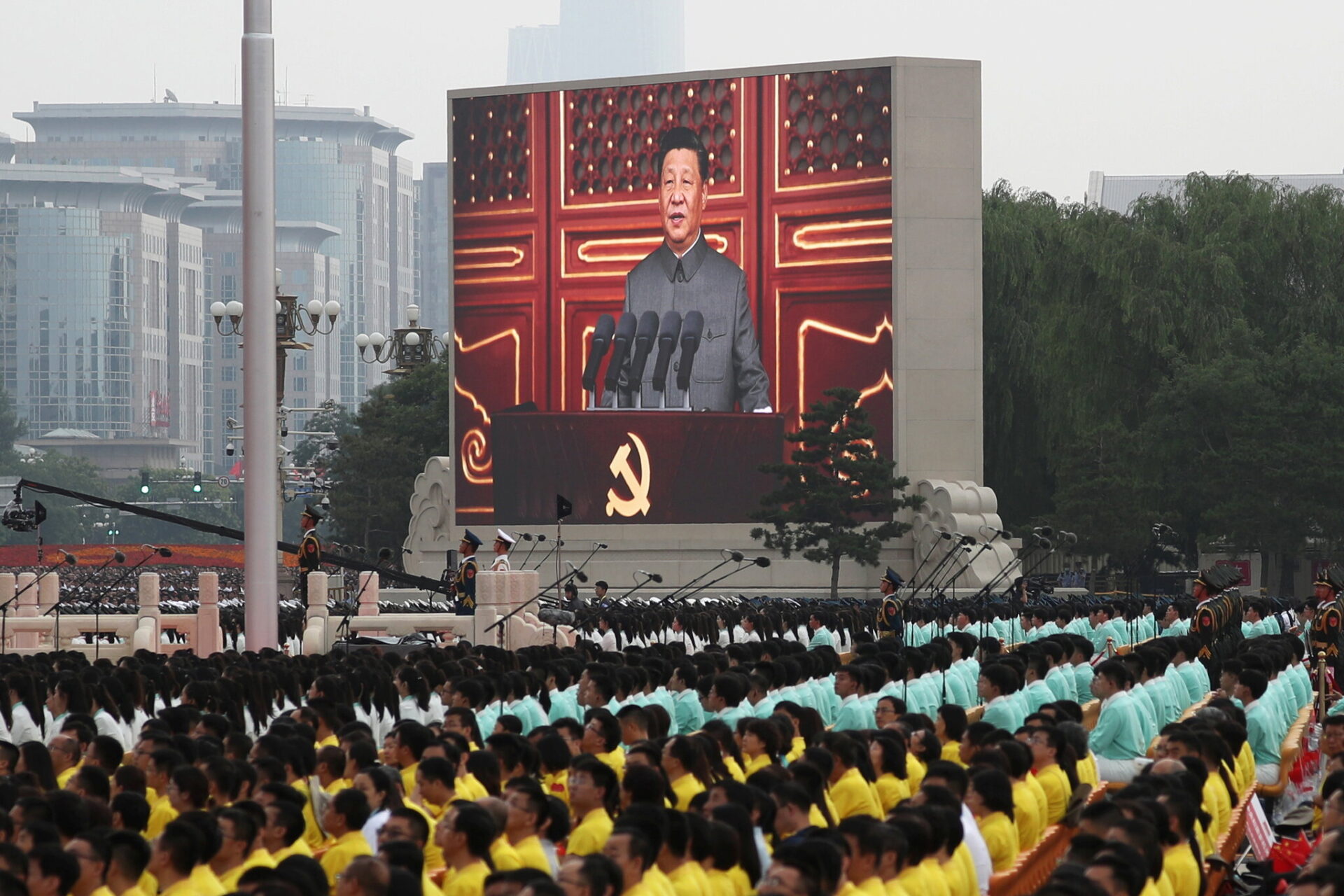 “Bullies Of China Will Get Their Heads Bashed”, Xi Jinping Says During CCP’s Centenary Celebration

Chinese Communist Party’s centenary celebration was marked with much pomp as President Xi Jinping urged his compatriots to “smash” any attempts at independence from Taipei, calling for “reunification” with the island in an address marking the 100th anniversary of the ruling Communist Party.

Delivering an extensive speech from Beijing’s Tiananmen Square on Wednesday, Xi hailed China’s progress at home, such as rooting out “absolute poverty,” and warned foreign powers against attempts to “bully” or lecture China.

Speaking on the issue of Taiwan, which has become a bone of contention between Beijing and Washington, with the latter routinely sending warships into the sensitive waters of the Taiwan Strait, Xi called “the complete reunification of the motherland” one of the most pressing challenges Beijing faces.

“Solving the Taiwan question and realizing the complete reunification of the motherland are the unswerving historical tasks of the Chinese Communist Party and the common aspiration of all Chinese people.”

Xi Jinping also warned that foreign forces attempting to bully the nation will “get their heads bashed”, and hailed a “new world” created by its people as the ruling Communist Party marked the 100th anniversary of its founding.

“The Chinese people have never bullied, oppressed or enslaved the peoples of other countries, not in the past, not now and not in the future,” he said.

“At the same time, the Chinese people will never allow foreign forces to bully, oppress or enslave us,” he added. “Whoever nurses delusions of doing that will crack their heads and spill blood on the Great Wall of steel built from the flesh and blood of 1.4 billion Chinese people.”

The Chinese leader warned third parties not to “underestimate” the ability of the Chinese people to protect the nation’s sovereignty and territorial integrity, however, he stressed that Beijing looks forward to a “peaceful” reunification with the self-governing island of Taiwan, which Beijing considers to be an integral part of the country.

In response, Taiwan’s Mainland Affairs Council asked Beijing “to respect Taiwan’s persistence in the development of cross-strait relations and to abandon the imposed political framework and military intimidation.”

The US, though it has not formally recognized Taiwan, has not hidden its apparent support for Taipei’s independence, inflaming the already strained relations with Beijing by regular shows of force in the Strait.

According to RT, under the Joe Biden administration, Washington has stepped up its diplomatic contacts with the island, drawing anger from Beijing. In April, an unofficial delegation of US diplomats visited Taiwan to send a “personal signal” from Biden.

President Joe Biden, like his predecessor Donald Trump, has been tough on China.

Last month, Washington rallied the G7 members to issue a communiqué critical of China, which also sounded the alarm over the situation in the South China Sea, prompting Beijing to fire back at the “clique,” RT reports.

Taipei, shortly afterward, accused Beijing of sending 28 military jets to the island in what was reported to be the largest flyover to date.

Beijing vowed to respond to any attempt at “collusion” with Taiwan aimed at undermining the “status quo.”

The centenary celebration opened with a 100-gun salute as the thousands of attendees shouted: “Listen to the party, be grateful to the party, and follow the party. Let the party rest assured, I’m with the strong country!”

Xi Jinping, 68, since becoming general secretary of the Communist Party in late 2012, has made it increasingly clear that he sees himself as a transformative leader — in the footsteps of Mao and Deng — guiding China into a new era of global strength and rejuvenated one-party rule.

According to the Times, by many measures he is already the most powerful leader since Deng or even Mao, and presides over an economy and a military much stronger than in their times.