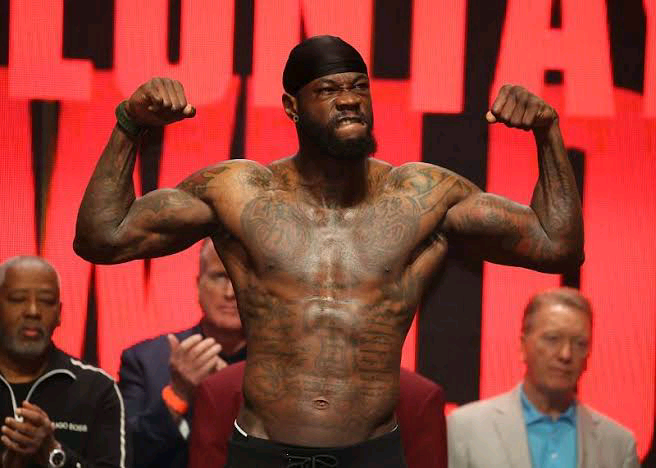 Former World Boxing Champion Deontay Wilder in a viral video disclosed that he has traced his roots to Edo State, Nigeria.

In the video, the 35-year-old boxer disclosed that he would visit Nigeria after completing what he is currently working on to learn more about his culture.

“My tribe is the Edo tribe in Nigeria. I want to go back and learn more about my culture and information with things about me. Once I’m done with what I’m doing, I’m going back to see my tribe, Edo,” he said.

“I want to see my culture and my ancestors and learn a lot of things. We all have lots of things that we are connected to that we know nothing about. I’ll love to go there and do research about my roots and my tribe.”

Born to a family of preachers in Alabama, Wilder started his boxing career at 20 and began to pull the weight of fame shortly after.

He snagged a bronze medal as an amateur in the heavyweight division at the 2008 Olympics, a feat that earned him the nickname “The Bronze Bomber”.

The US boxer enjoyed a five-year reign as the WBC heavyweight champion before losing the prestigious belt to Tyson Fury in February 2020.

Wilder’s revelation comes at about the same time when Kamaru Usman, UFC welterweight champion, who left Nigeria at eight, visited his hometown in Edo.