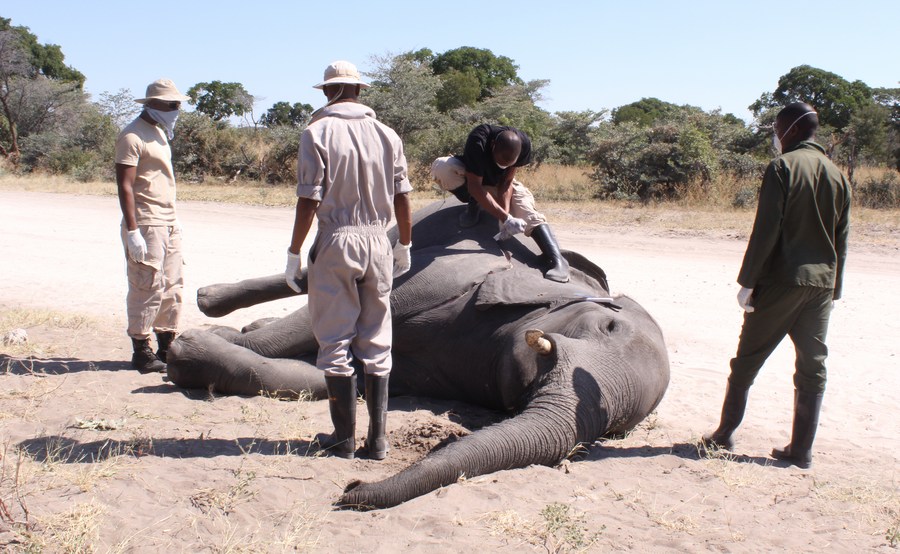 After weeks of dedicated research, the Botswana authorities have identified toxins in water produced by cyanobacteria as the cause of the mysterious elephant deaths in the country this year. This was announced on Monday, as the mysterious deaths earlier this month had alarmed and shocked conservationists.

Cyanobacteria is a microscopic organism and common in water.

Botswana is home to a third of the continent’s declining elephant population. In July the government had launched an investigation into the mysterious deaths, collecting samples from the carcasses and mobilising personnel and aircraft to better understand the situation.

“Our latest tests have detected cyanobacterial neurotoxins to be the cause of deaths. These are bacteria found in water,” Mmadi Reuben, principal veterinary officer at the Department of Wildlife and National Parks, told a news conference on Monday.

“However we have many questions still to be answered such as why the elephants were the only victims and not other animals, and why that area,” he added. “We have a number of hypotheses we are investigating.”

Although cyanobacteria do not all produce toxins, scientists claim those that do are occurring more frequently as climate change sees temperatures rise worldwide — at twice the global average in Southern Africa, according to the Intergovernmental Panel on Climate Change.

According to the Department of Wildlife and National Parks, the number of elephant carcasses found since deaths were first reported around early May rose to 330, from 281 in July.

So far, elephants have stopped dying and authorities say they will closely monitor the situation during next year’s rainy season.

In neighbouring Zimbabwe, more than 20 elephant carcasses were discovered near its biggest game park in early September. A similar bacterial infection has been suspected. Whether this new wave of elephant deaths is premeditated or not remains to be seen.