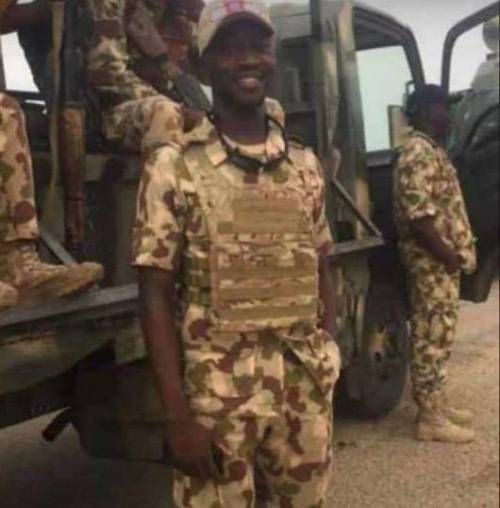 The sad incident happened in Damboa, a community in Borno State.

Local online newspaper, Sahara Reporters said the soldiers were on patrol when they were attacked and killed some metres from Damboa town.

According to a resident of the community, who spoke with SaharaReporters, Lt Malgwi and nine of his soldiers were killed during the attack by the terrorists.

The incident has since sent panic across the area with residents said to be fleeing the community for fear of another attack by the insurgents.