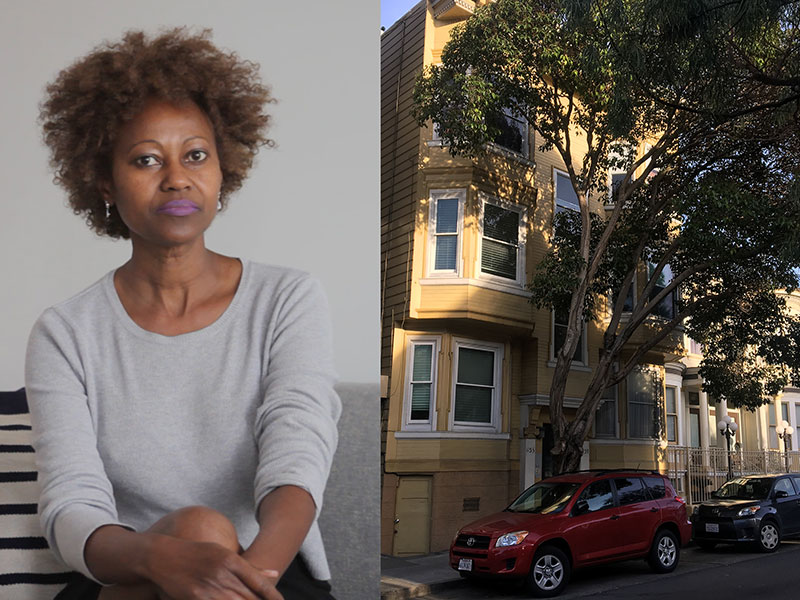 In one of the most mind-boggling judgments ever, a San Francisco court has ruled that a Black landlord, Anne Kihagi, should give her $4 million building to a white tenant.

Kihagi had displaced the tenant so her sister could move in.

Her actions were well within the ambit of the law. The San Francisco law allows a landlord to recover possession of a rented unit for either the owner or the owner’s close relative to occupy, and that was what Ms. Kihagi did.

In 2014, she purchased an impressive building for $2.5 million using some of the money she managed for her younger sister.

She decided to give one of the units in the building to her younger sister to live in, so she had to evict one of the tenants.

Upon the tenant’s departure, her younger sister moved into the house. This happened in 2016.

Ms. Kihagi’s sister asked her partner to move in with her as well and they had a child while living in that unit. Concurrently, Ms. Kihagi had also refurbished the building, making its value increase to a whopping $4 million.

The embittered white tenant then partnered with a team of attorneys to take her down.

Black News reports that the City Attorney, Dennis Herrera, had in 2015 threatened to drive Ms. Kihagi out of the City. And seeing an opportunity, he grabbed it with both hands. Therefore, despite all the evidence that Ms. Kihagi’s younger sister had been living in the building, the City Attorney claimed that she had never moved in.

They somehow managed to convince a white jury that the notice of eviction was a sham notice.

As a result of these claims and accusations, the San Francisco court ruled that Ms. Kihagi should give the entire five-unit building to the evicted white tenant.

The tenant will take control of the entire building, with rental income from four other units, for supposedly being displaced so that the landlord’s sister could move in.

The court gave her the ENTIRE BUILDING. And so even though Ms. Kihagi opted to buy the tenant a condo for $800k, the court stood firm in their decision to give the tenant the $4 million building.

The interesting part is, the same court that ruled that Ms. Kihagi’s younger sister never moved into the building, also ordered that she be evicted from that same building.

The case is currently on Appeal as it should be.