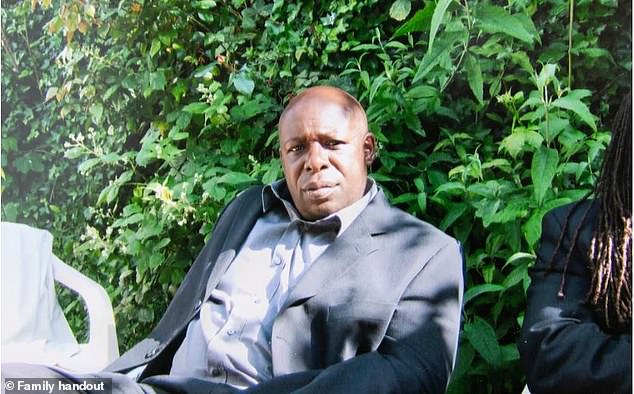 A black man who earns a living by driving a cab in the United Kingdom has died from Covid-19 after he was spat at by a white passenger who told him ‘I’ve got the coronavirus and now you’ve got it, too’, Daily Mail has reported.

His family revealed that Trevor Belle, 61 had the encounter when the passenger refused to pay a £9 fare.

He died last month after falling ill following the incident and passed away alone on the Royal London Hospital’s COVID wards.

Kelly Esqulant, his long-term partner of 28 years and mother of his three children, has revealed her heartache over the loss of the 61-year-old.

‘I still can’t understand how somebody could do that to another person,’ she told The Daily Telegraph.

Trevor, who had taken fares up until the day of the attack on March 22 and was widely acknowledged for having one of the cleanest cabs on the rank, had taken every health precaution while working before the incident on West Ham Lane in Stratford.

The traveller, who Trevor said spoke with an Irish accent and described as white, leapt out of the car and ran off after the attack.

Trevor reported the incident to a nearby police van, and he was told the case was not worth pursuing over a £9 fare. Trevor did not work after the attack, and four days later started to suffer coronavirus symptoms. Over the course of a few days, his condition worsened and he struggled to breathe. He was later taken away by paramedics, which was the last time Kelly saw him alive.

The next day, he had been put into an induced coma and the family received little information and no access to Trevor. A research team asked Kelly whether Trevor would like to donate blood in order to help find a cure.

‘I know my Trevor, and he would have said if you can use that to do something that could help millions in the future, then do it,’ she told The Daily Telegraph.

Published in AfricaWatch, Europe and World