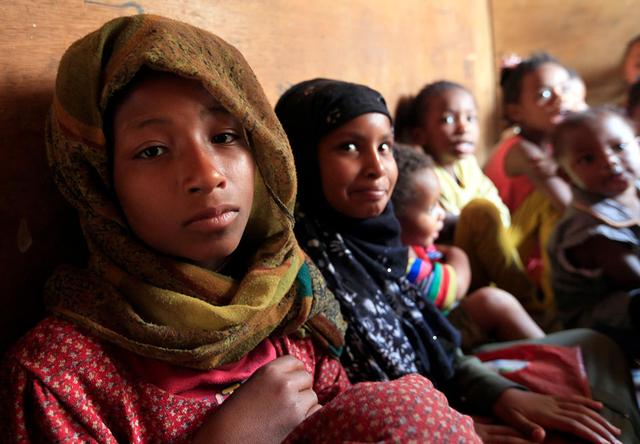 Black and Marginalised Yemeni Lives Matter, War or Not!

No community in Yemen has suffered more from the current war than Al-Muhamasheen — a term which literally translates to ‘the marginalised ones.’

A name adopted by members of the ethnic group themselves to escape the derogatory term of ‘Akhdam’ i.e. ‘servants’ in the Yemeni spoken Arabic dialect — by which they are often referred by the rest of the broader Yemeni society.

A society in which the Muhamasheen have experienced centuries of discrimination, exploitation and poverty — judged as the lowest part of the social hierarchy.

Who Are the People of this Black Community?

While there are no official statistics on the size of the Yemini underclass community, the UN has reported that there are up to 3.5 million Muhamasheen in Yemen.

Many believe the ethnic origins of the group descends from enslaved African or Ethiopian soldiers from as far back as the sixth century. And although Yemen has officially abolished its caste system, the legacy of centuries of discrimination persists today.

War is Worse for “Second-Class” Citizens

Rawiah Saei, a member of the Muhamasheen community who has set up camp in a cave with her family after fleeing the violence. She shares the hardship she and her family are currently undergoing.

“I feed my children lunch and dinner all at once in the afternoon. I always go to look for food and ask people. Sometimes my husband gets paid for work he does, and sometimes he doesn’t. He sometimes brings one kilo of flour and sometimes he brings nothing. I swear, I cooked yesterday afternoon and kept the little leftovers we had for today. I swear sometimes we fall asleep hungry. We also can’t find water and spend the whole day looking for it.”

A History of Discrimination in Yemen

The dismal conditions of the cave sanctuary in which Rawiah Saei and her family find themselves are sadly not a far cry from the typical indecent lifestyles the Muhamasheen have been subjected to in Yemen for hundreds of years.

The Muhamasheen have mostly been confined to slums on the outskirts of cities and relegated to menial low-paid — such as garbage collection and cleaning as they are typically blocked from economic opportunities and suffer from higher rates of unemployment.

To top it off, the justly self-named marginalised community also generally live in abject poverty and even lack access to basic services such as water, sanitation and education.