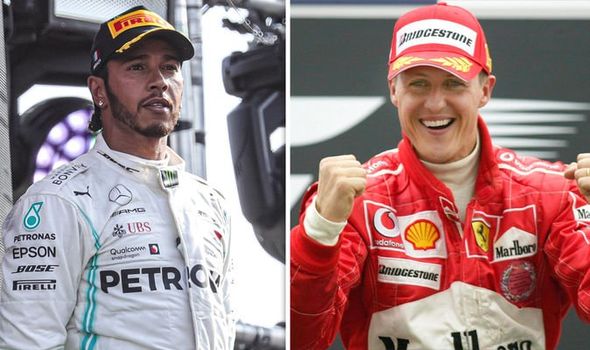 Between Schumacher And Hamilton – See The Driver With The Most German GP!

As Germany prepares to host the 11th round of the 2020 F1 championship, it is imperative to inform that Michael Schumacher and Lewis Hamilton have won the German GP four times, each.

Ferrari is the most successful constructor at the event, according to Wheels24.

The race, which would be held at the famous Nurburgring, the first time since 2013, will not be known as the German Grand Prix, but instead as the Eifel GP.

According to reports, F1 over the years has staged 64 GPs in Germany, with Sunday’s race set to be the 65th in a rich history.