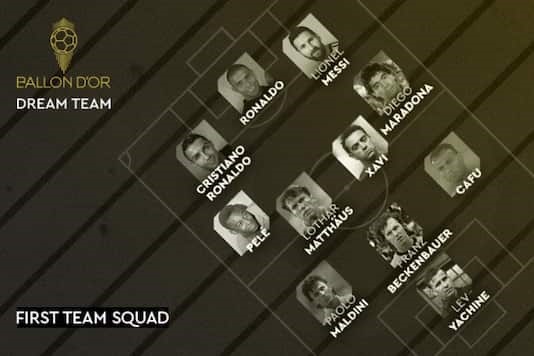 Football’s most prestigious award – the Ballon d’Or – will not be awarded this year due to the Wuhan virus pandemic. The organisers have rather chosen to field the best squad of all time for this year called the Ballon d’Or Dream Team 11. Surprisingly, no African legendary footballer was included in the first, second and third team.

However, the likes of Lionel Messi, Cristiano Ronaldo, Pele, and Diego Maradona all made the cut.

The African snub has triggered resentment from football loving fans across Africa and beyond. One of the players to express his disappointment was Cameroon’s ex-international Samuel Eto’o.

“Today we can’t get 33 footballers out without quoting someone like Weah who made history by being the only African to win the Golden Ball.

There is also someone like Didier Drogba who not only made history in French football, but who is also a legend in England, on a European level he also shone and won the Champions League.

And what about Samuel Eto’o Fils who was one of the key elements of the dream team of FC Barcelona who crushed everything, he was one of the best strikers, crowned Pichichi, he should have won the golden ball; and at Inter Milan too.

But today, we can’t say that we’re going to bring out three best teams in history without naming these three footballers.

That’s something to shout out loud and clear.”