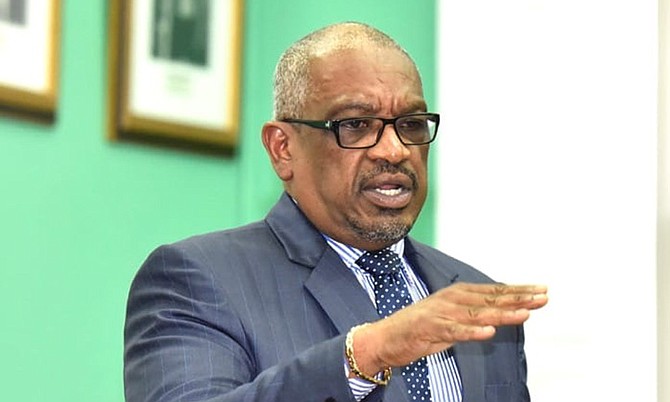 Bahamas: Prime Minister Says He Is ‘Totally Against Oil Drilling’

The Prime Minister of Bahamas Dr Hubert Minnis told reporters on Friday that he is “totally against” oil drilling in Bahamian waters, suggesting that the government would have backed out of a controversial oil exploration deal if it could have.

“I am totally against oil drilling in our waters. Totally,” he told reporters when asked to address concern surrounding drilling for oil.

“I have said that before and that has not changed. Unfortunately, we were saddled with an agreement that we met there. When we discussed it with the legal department we were advised that the commitment and everything was signed and basically we could not get out of it.”

“But if we could’ve gotten out of it believe me, I am against totally drilling for oil in our waters.”

According to reports, Bahamas Petroleum Company plans for the Stena IceMAX vessel to begin drilling Perseverance One in waters some 90 miles west of Andros, close to the maritime boundary with Cuba, on December 20.

The project has been given a 45-60 days’ timeframe, and experts repeatedly argue that – as a non-production well – the chances of any oil spill will be minimal and it will be capped afterwards.

However, on Tuesday environmental groups Waterkeeper Bahamas Limited and Coalition to Protect Clifton Bay filed an application to bring judicial review proceedings against the decision to approve exploratory oil drilling in the Supreme Court.

The application asks the court to examine the decisions by the government in granting environmental approvals and license renewals to BPC over the past several months, claiming evidence suggests those decisions were procedurally unfair, unlawful and an abuse of power by the government.

The coalition’s online petition calling for a permanent ban on oil drilling in The Bahamas has more than 55,000 signatures to date.