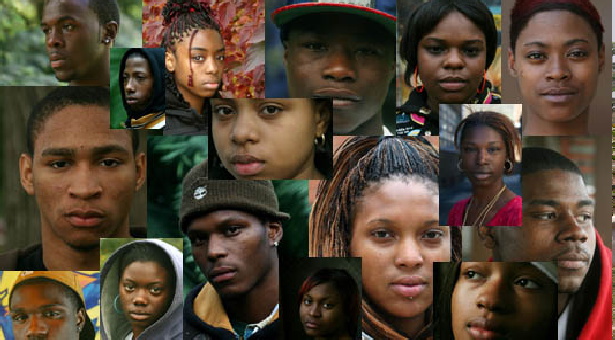 Bad Governance In Nigeria: Do The Youths Still Have A Future?

For many Nigerian youths, the 2021 Valentine’s Day was atypical. Rather than spending Valentine’s Day eve finalizing plans for romantic getaways, they literally renounced love and reconvened at the now infamous Lekki Toll Gate for another round of protests against bad governance.

Indeed, some of them spent Valentine’s Day eve and the day itself in police custody, under the most dehumanizing circumstances. Again, they were molested, they were beaten, and they were even stripped naked.

It’s now a tradition for the Nigerian police to brutalise Nigerian youth at the slightest provocation. But at the very centre of these protests are frustrated youth whose dreams are on hold and whose future is uncertain. They are youth who are genuinely interested in good governance but are disappointed at the lack of it.

Youth who have reached their breaking point.

But what went wrong?

Under the watch of President Buhari, Nigeria has gone from being a failed state to a dead one.

Virtually everything that could go wrong has gone wrong. In addition to the perennial problems that have bedevilled Nigeria over the years, there’s now a colossal systemic failure on the part of the government of the day. There’s mediocrity, there’s nepotism, there’s ineptitude, there’s incompetence, there’s propaganda, and there’s dictatorship.

In fact, there’s no institutional conscience. The result is a society groping in the dark, a nation at a crossroad, a people thrown into unprecedented hardships, and a confused youth force whose future is at stake.

Although Nigeria has habitually been plagued by bad governance and corporate ineptitude, it has never been this bad. Nigerians have never been divided along ethnic and religious lines as they are today.

The tension in the land is palpable with another civil war seemingly imminent. There’s anger, there’s anxiety, and there’s age-long resentment. While innocent and unarmed protesters are arrested, tortured, and brutally murdered, terrorists and bandits are forgiven and even rewarded.

Herdsmen, who have been wreaking havoc across Nigeria, are treated as sacred cows while Nigerian youths, who are rightfully protesting against bad governance, are the scapegoats.

Why the youth are furious?

…for the youth, President Buhari raised their hopes and tossed them, leaving them out in the cold.

In his 2015 presidential elections campaigns, Buhari promised to bring ‘change’ to the Nigerian people. And that ‘change’ was a promise many Nigerians craved for and looked forward to embracing.

It was a promise that endeared Buhari to Nigerians, a promise that made him win the 2015 presidential elections on a gold platter. However, six years down the line, it’s now very obvious that that ‘change’ was a fake campaign promise made in utmost insincerity. It was a promise shrouded in deceit, a promise that was never meant to be fulfilled. In fact, the only ‘change’ President Buhari brought is hardship and more hardship. His policies and agendas are a complete departure from his campaign promises. Life has become a lot harder and a lot more miserable.

And for the youth, President Buhari raised their hopes and tossed them, leaving them out in the cold. He promised to take them to the ‘promised land’ but left them stranded in the middle of nowhere.

In his electioneering campaigns, Buhari had, among other things, promised to create three million jobs per year, but the opposite has been the case. In the past six years, many Nigerian youth have lost their jobs as many companies (local and international) have either collapsed or relocated to neighbouring countries, no thanks to Buhari’s harsh economic policies. Under Buhari, the rate of unemployment has tripled from what it was when he took over in May 2015.

He also promised to run an inclusive government in which the youths would have a voice, even as cabinet members. Currently, the youngest minister in Buhari’s cabinet is 47-year old Sadiya Umar Farouk, the Minister of Humanitarian Affairs, Disaster Management and Social Development. The average age of the cabinet members is 61. The youths are completely out of the picture.

Rather than being empowered, Nigerian youth have been reduced to a bunch of frustrated citizens with many of them becoming political tugs and agents of destruction in the hands of the politicians.

Some of them have even paid the ultimate price while the politicians are safe in their heavily guarded houses. And while the children of these politicians study in some of the best schools abroad and graduate on schedule, the youth in public schools in Nigeria are taking ages to graduate due to incessant strikes and dilapidated teaching aids. This isn’t what they bargained for.

Is the future still bright?

From endless protests to incessant arrests and extrajudicial killing by the Nigerian police,  it’s not rocket science to figure out that the future of Nigerian youth is under serious threat. Their future is now looking bleak, thanks to a government that lacks vision and sound judgment, a government founded on lies and deceit.

The future of Nigerian youth is being mortgaged and sold off to the highest bidder. Their dreams are being killed and their ambitions are being squashed. And President Buhari is driving this campaign of retrogression.

For them, living in Nigeria is like skating on thin ice, it’s a risk. If there’s anything the youths are certain of today, it is the uncertainty of their future.

The future Nigerian youth had dreamed of and eagerly awaited is gradually slipping into delusion. The tomorrow they hoped for is seemingly not coming. Their world is crumbling, their ambitions are taking a nosedive, and their dreams are increasingly becoming unrealisable while the government of the day watches.

Under Buhari, Nigerian youth have been boxed into a place of despair, and from the look of things, there’s no respite on the horizon.

Nigerian youth are frustrated. They have been driven to their breaking points and they have reached their elastic limit. For most of them, schooling or working in Nigeria is synonymous with taking a leap in the dark.

For them, living in Nigeria is like skating on thin ice, it’s a risk. If there’s anything the youths are certain of today, it is the uncertainty of their future.

It’s now very apparent that Buhari is not the Messiah Nigerians have been waiting for. He is not the President that will empower Nigerian youths and save them from despondency. So, while they hope and wait for the ‘Messiah’ to emerge in 2023, Nigerian youths will continue to live in Nigeria running around in circles.

And for those who can afford to leave Nigeria in search of greener pastures, Canada beckons. And not even the snow can stop them.