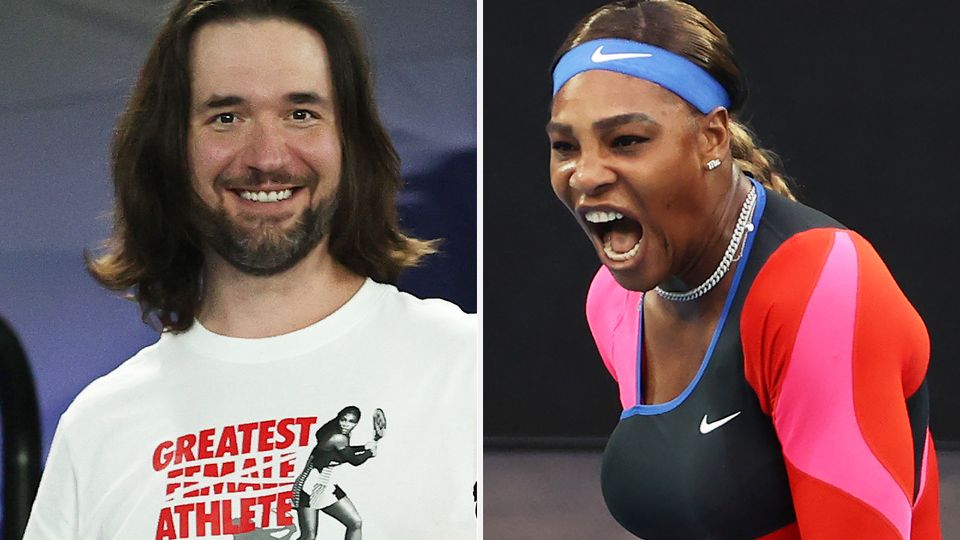 As Williams dismantled Simona Halep in straight sets to reach the Australian Open semi-final, her husband and Reddit co-founder Ohanian watched on from the players’ box wearing an attention grabbing piece of fan tee shirt.

The shirt was released by Nike ahead of the tournament as a tribute to Williams, who is chasing her 24th Grand Slam.

The 39-year-old is building momentum at the tournament having won 6-3, 6-3 against Halep in what was considered one of her strongest performances in years.

But Williams wasn’t the only one impressing her fans on the night, with others applauding Ohanian for yet another faultless show of support in the stands for his wife.

Ohanian has raised eyebrows for his T-shirt selections before, notably when Williams beat Maria Sharapova at the 2019 US Open. He was wearing a T-shirt promoting D.A.R.E; a program aimed at preventing the use of controlled drugs, among other causes.

Ohanian’s statements in support of his wife didn’t stop with a t-shirt courtside, either,

Following the match Ohanian took an opportunity to rip into “racist, sexist clown” Ion Tiriac, who said Williams should retire because of her age and weight.