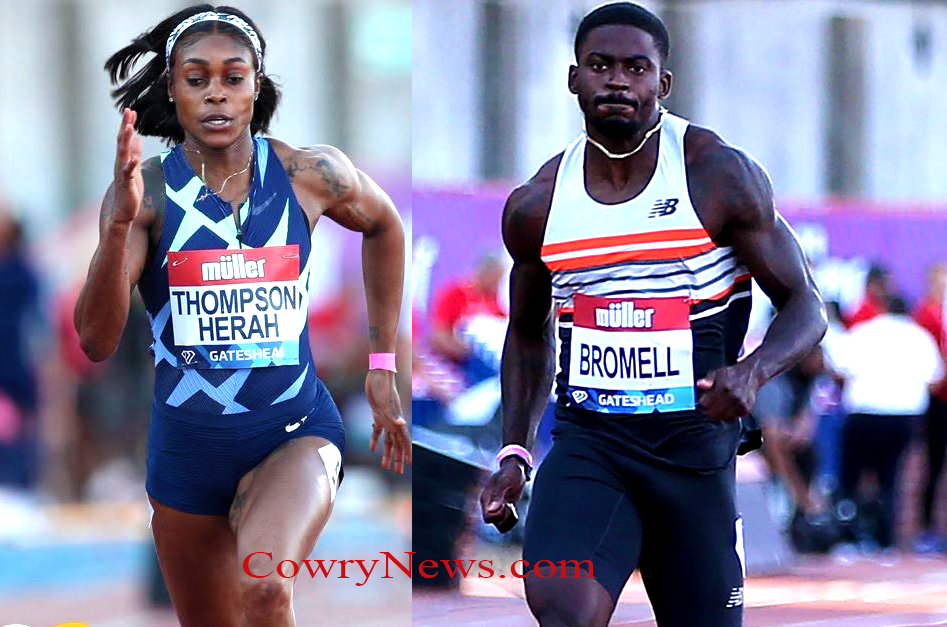 Bromell, who gave a tepid performance at last Friday’s (July 9) Diamond League meeting in Monaco, where he finished fifth in 10.01sec behind compatriot Ronnie Baker, who won in 9.91, controlled his race from gun to tape tonight to win in 9.98.

Britain’s Chijindu Ujah and Zharnel Hughes came second and third respectively in 10.10 and 10.13.

Jamaica’s Rio 2016 100m and 200m champion Elaine Thompson-Herah earned a comfortable victory over the longer distance, clocking 22.43 in a race that was to have included Britain’s world champion Dina Asher-Smith until she withdrew earlier this week as a precaution because of a tight hamstring.

Thompson-Herah has recaptured her best form over 100m, clocking 10.71 this season, just 0.01 slower than her winning Rio 2016 time, but her form at 200m has been slightly less commanding.

Two fellow Jamaicans have bettered her 2021 best of 22.02 this season – Shelly-Ann Fraser-Pryce, who ran 21.79 to win last month’s national trials, and Shericka Jackson, who clocked 21.82 behind her.

Meanwhile US trials winner Gabby Thomas has run 21.61, putting her second on the all-time list behind the late world record-holder on 21.34, Florence Joyner-Griffith.

Thompson-Herah got an excellent start and ran a smooth bend but had to accelerate in the second half of the finishing straight to hold off the challenge of Britain’s Jodie Williams, who ran a season’s best of 22.60, and Blessing Okagbare of Nigeria, third in 22.61.

News/ Image: Inside The Games | Composite