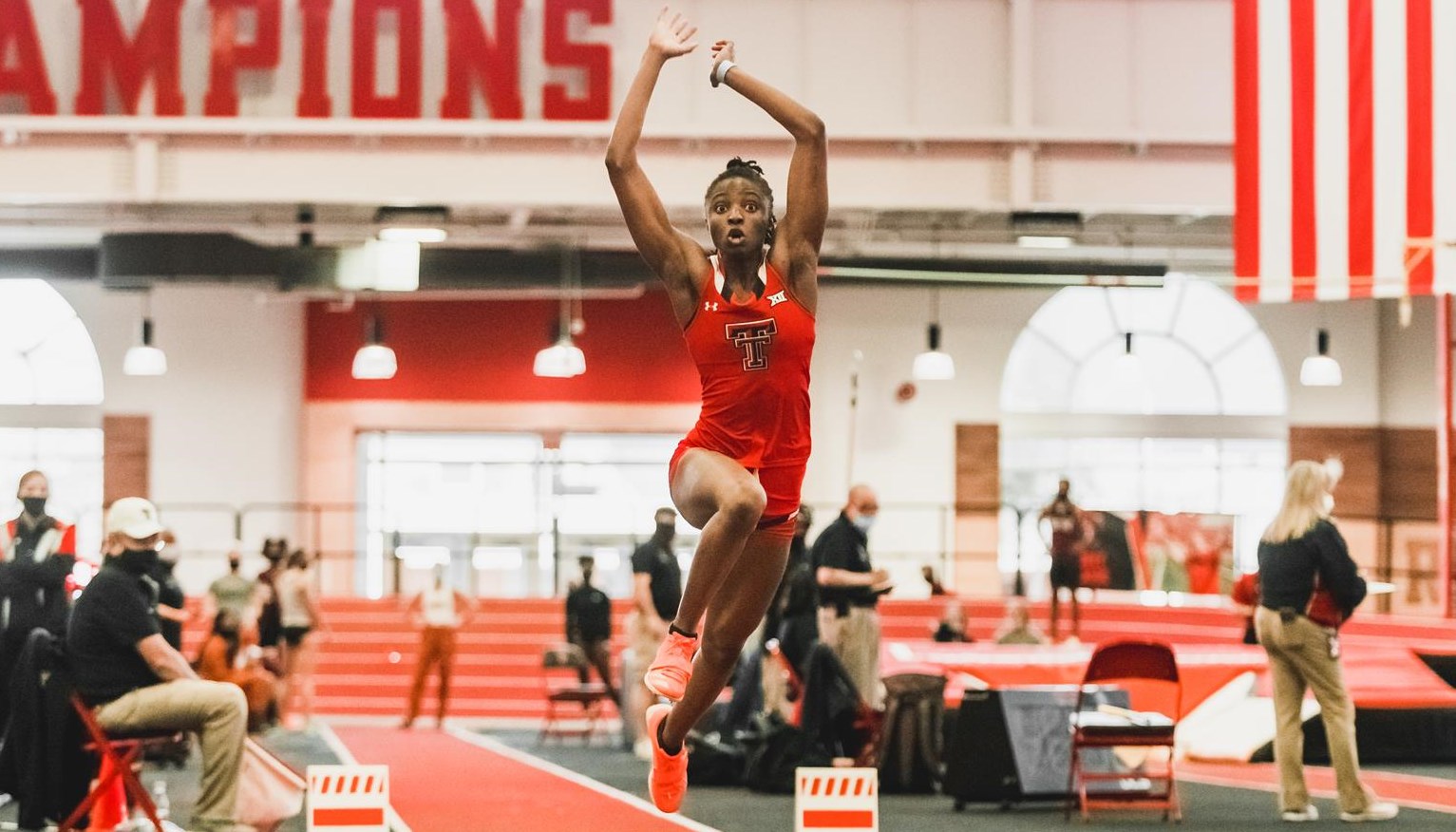 Nigerian athlete Ruth Usoro has made history as the first Nigerian to qualify for the Tokyo Olympics long and triple jump, successfully defending her Long Jump Big 12 title, with a Meet Record (MR), School Record (SR), NCAA Lead, the 2nd best jump in the world for the season and the 3rd best on the Nigerian all-time list alongside Ese Brume.

She hit the exact mark of 6.82m required to qualify for the event to take place in Tokyo later this year.

The next day at the women’s Triple Jump event where she was ranked number 1 in the NCAA, she bounded out to a huge PB of 14.36m in the 3rd round to nail the win, a new NR and the 2nd best jump ever recorded in the NCAA.

It was also a Collegiate Lead and School Record, but not only that, it secured her a second qualification to compete at the Tokyo 2021 Olympics in the event!

Usoro was in the form of her life at the just concluded Big 12 Indoor Championships in Lubbock.

She won both titles in 2020 before the Track season was cut short.

Published in Sports and West Africa