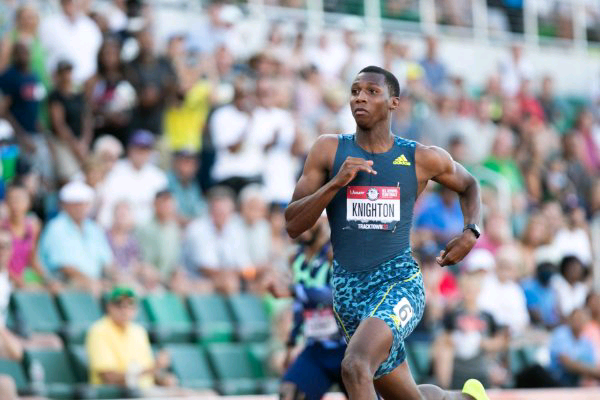 Competing at the US Olympic Trials, Knighton completed 200m in a remarkable 19.84 seconds – better than Bolt’s 19.93 seconds at the same age.

It means Knighton now has the Under-20 world record in the 200m and he also made history as the youngest-ever runner to qualify for the United States track and field team since 1964.

Knighton finished third in the 200m final with Noah Lyles winning the event with a time of 19.74 seconds.

“It will probably sink in when I get home,” Knighton said of his performance. “It’s a really big achievement.”

Knighton reportedly turned professional at the age of 16 after signing a deal with Adidas. Speaking to Track and Field News, Knighton previously said: “I know I can maximise to the next level. I’ve got to see what I can do.

“I want to win against the top athletes, but I know they’re not going to make it easy on me, so I’m going to have to train real hard.”

“It’s only my third season running track. I’ve been extremely successful in both training and competition.

“I believe if I work hard, I will eventually develop to be a world-class athlete. I’m soaking it all up, all the knowledge.”