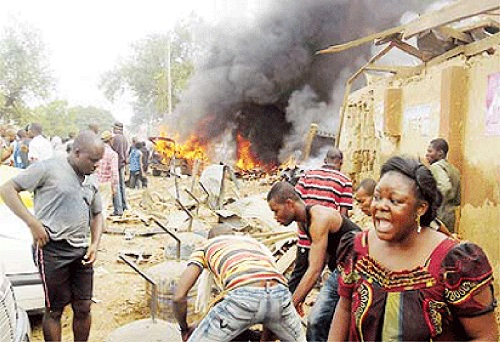 Over 15 innocent Christians in Gonan Rogo village of Kajuru local government area of Kaduna State, Nigeria have been massacred by Fulani jihadists, the Nigerian police confirmed on Tuesday.

Five others were also wounded in the deadly attack.

The Parish Priest of St Joseph Catholic Church, Idon Hanya, in a message he sent to the Catholic media team confirmed that he conducted the funeral of 16 people.

“It was reported that some unknown gunmen launched an attack on indigenous people of Gonan Rogo village, in Kajuru LGA of Kaduna State. The attack took place yesterday, the 11th of May, 2020 at 11:00 pm, late hour of the night”, his message read in part.

Confirming the development later in the evening, Police spokesman in the State, ASP Muhammed Jalige said, the Command has launched a manhunt against the attackers.

According to Jalige, “on 12/05/2020 at about 0120hrs, the Command received a distress call through DPO Kajuru that a group of armed men in large number on motorbikes invaded Gonan Rogo a remote village in Kufana district Kajuru LGA.

“The attackers started shooting sporadically attacking the villagers and in the process shot and killed 15 persons, and injured five others.

“On receipt of the information, the Command promptly mobilized combine teams of mobile police personnel, conventional police in synergy with the Army and the local vigilante to the area, embarked on intensive manhunt for the fleeing attackers (currently ongoing) and evacuated both the dead and the injured victims to hospital.

“More reinforcement of Police Operatives has been drafted to the area for intensive combing and patrol with a view to forestalling further breakdown of Law and order/reprisal and arrest of perpetrators”.
Jalige added that the Commissioner of Police Musa Muri was saddened by the attack and appeals for calm as he reiterates the Command’s commitment to apprehend the culprits.