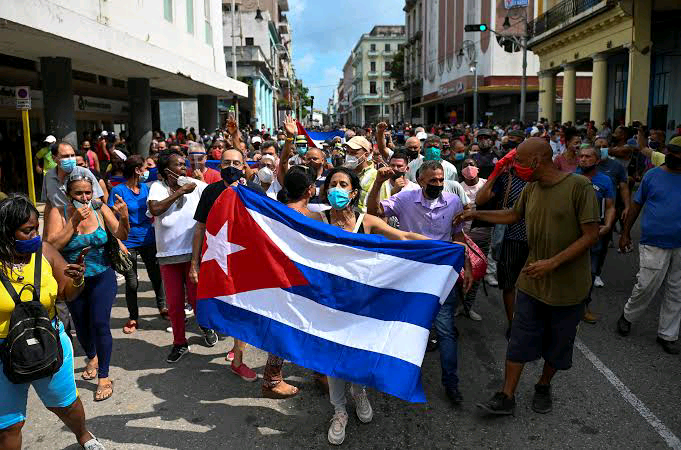 Cuba: More Than 500 Missing, As Citizens Protest Against Communist Regime

Cuban citizens took to the streets across the country to protest against deteriorating living conditions and the lack of basic goods and services, amid increasing numbers of coronavirus infections.

“Scores of people were arrested by plainclothes police officers and many families say they still haven’t heard from their loved ones or been informed of their whereabouts,” the statement reads.

The lawyers’ group Cubalex says hundreds of people, many of them teenagers, have been detained.

At the same time, the Cuban government says a disinformation campaign is being waged around the protests.

As it was reported earlier, thousands of people across the island marched through the streets in several towns and cities on 11 July, calling for democracy and sweeping economic reform in the country amid major food and medicine shortages.

Published in Oceania & the Caribbean and Politics