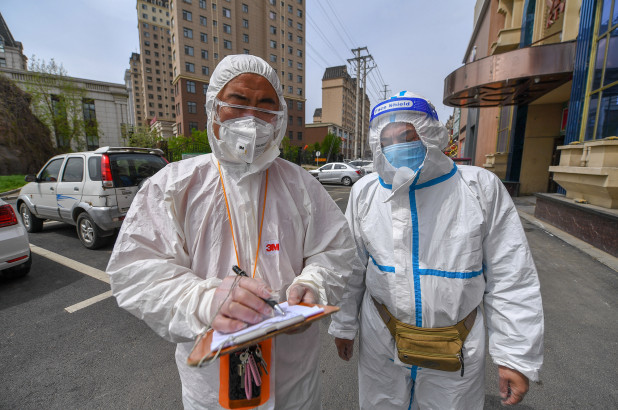 Another Chinese City Under Lockdown As Wuhanvirus Resurfaces

The northeastern Chinese city of Shulan has been put under lockdown as it battles its own coronavirus outbreak.

According to reports by NY Post, all villages and residential compounds in the city of 700,000, located in Jilin province near the Russian border, were closed off Monday afternoon, its coronavirus prevention and control group said in a statement obtained by The South China Morning Post.

A strict order has been put in place as one person per household is allowed to leave every two days for two hours to buy necessities, according to the statement.

No one is permitted to enter or leave villages or compounds with suspected or confirmed coronavirus cases, and local stores are delivering necessary supplies to those residents.

The stringent restrictions are similar to the since-lifted regulations in Wuhan, where the coronavirus first emerged last year.

Shulan was reclassified as high-risk last week after the city reported a cluster of cases connected to a woman with no known travel history or exposure to the deadly bug, The Guardian reported.

In response, authorities ordered that all public places, schools and public transportation be closed temporarily.

Those restrictions were increased further Monday as China Daily called the city “the latest pandemic hotspot in the country,” adding that hundreds of people are under medical quarantine and normal life may not resume for weeks.

Another nearby city, Jiaohe, introduced protective measures Tuesday due to “severe circumstances” in the areas surrounding it, according to the Guardian.

China’s northeast region, which borders Russia and North Korea, is the latest area of concern in the country, as cases appear to have been brought in from elsewhere before spreading locally.

The virus is manifesting differently among patients in the northeast, Qiu Haibo, a top critical care doctor, told state television on Tuesday, according to Bloomberg.

Patients there are showing mostly lung damage, while Wuhan patients experienced multi-organ damage across the heart, kidney and stomach, he said.

Additionally, they take a longer time to develop symptoms upon infection, and appear to carry the virus for a lengthier period before testing negative, according to Haibo.