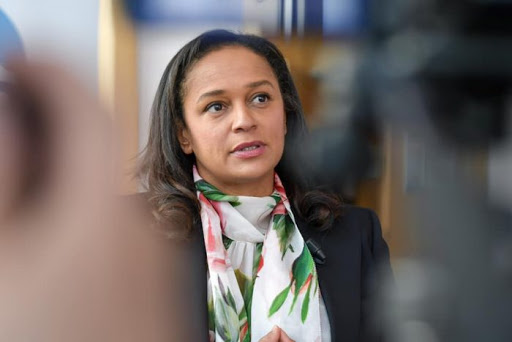 Angola Made Her Africa’s Richest Woman, But the Tide Has Turned

A year after Angolan authorities cracked down on her multibillion-dollar business empire, Africa’s once-richest woman is watching it crumble.

From self-imposed exile in Dubai, Isabel dos Santos has been fighting a legal battle against Angola’s government as court orders roil her companies. In Luanda, shelves at the Candando supermarket stores are more than half-empty. A beer factory south of the capital is running at 30% of its production capacity. Operations at the country’s biggest cement maker have also slowed.

All of the businesses are controlled by Dos Santos, who Angolan prosecutors accuse of causing more than $5 billion of losses to the southwest African nation’s economy during her father’s 38-year rule. He stepped down in 2017, making way for longtime ally Joao Lourenco. Within months, Lourenco turned on the family, firing Isabel as chairwoman of state oil company Sonangol. Two years later, authorities froze her domestic assets.

The ensuing battle between Lourenco and what was once the country’s most powerful family has ensnared some of Angola’s largest companies, prompting loan defaults that could lead to a takeover of the billionaire’s businesses. The bust-up coincided with five years of economic contraction in Africa’s second-biggest oil producer along with one of the highest inflation rates on the continent.

“The amount of value destruction happening now is in the hundreds and hundreds of millions of dollars,” Dos Santos, 48, said in an interview in Dubai, where she now lives. “These companies are heavily impacted by these freezing orders” as well as the “terrible Angolan economy,” she said.

Prior to the freeze order, Dos Santos was worth about $2.4 billion, making her the wealthiest woman in Africa, according to data compiled by Bloomberg. She owned a quarter of Unitel, Angola’s biggest mobile-phone company, as well as stakes in a private lender, a beer factory, a cable firm and a supermarket chain.

She also made significant investments in Portugal, Angola’s former colonial ruler, which is home to a sizable portion of her fortune.

The government has identified Dos Santos as a suspect in an investigation into alleged mismanagement during her 18-month stint at Sonangol and accuses her of illicit transactions with state-owned companies. The Luanda Leaks report, published by the International Consortium of Investigative Journalists, presents what it says is evidence that Dos Santos allegedly made her fortune through questionable deals with the Angolan state.

Dos Santos denies any wrongdoing and said that a team of investigators that she hired found the documents cited by the ICIJ were fake.

The ICIJ stands by the findings of its Luanda Leaks investigation, the accuracy of its reporting and the authenticity of the documents that underpinned it, Managing Editor Fergus Shiel said in an emailed response to questions.

“Being the daughter of a president I’m always subject to a huge amount of scrutiny,” she said. “I’ve always said that if my father wanted to privilege his children and make them tremendously wealthy, the easiest option would’ve been to grant oil rights or concessions or trading contracts in the oil sector. I haven’t built anything in oil.”

Angola’s government estimates that more than $24 billion was looted during Jose Eduardo dos Santos’ rule, a period in which the International Monetary Fund says the state didn’t properly record its oil revenue.

Isabel’s half-brother, Jose Filomeno dos Santos, was sentenced to five years in prison in August after being found guilty of embezzlement and fraud — a ruling he’s appealing. Her husband Sindika Dokolo was under investigation in Angola for his business practices before he died in October. Isabel has yet to face trial.

A spokesman for Attorney General Helder Pitta Groz referred questions to the nation’s presidency, where a spokesman didn’t respond to three messages seeking comment. Lourenco said in an interview with Deutsche Welle in early 2020 there would be no negotiations with people accused of corruption because a grace period ended in 2018. On April 15, Pitta Groz said the investigation into Dos Santos will take long because of the complexity of the crimes of which she’s been accused, according to Luanda-based Jornal de Angola newspaper.

“The Angolan state is now using the legal, judicial, diplomatic and other means at its disposal to ensure the effective repatriation” of assets taken out of the country, Economic Coordination Minister Manuel Nunes Junior said in a written response to questions from Bloomberg News. The voluntary repatriation of assets may be taken into account in any trial process, he said.

The IMF, which has a $4.5 billion program with Angola that ends this year, in a January report praised the government’s efforts to fight corruption and recover assets. The nation still ranks 142nd out of 180 countries on Berlin-based Transparency International’s Corruption Perceptions Index.

In Portugal, the billionaire’s biggest holdings include a stake in a local lender EuroBic, an indirect 26% stake in cable and telecommunications company NOS SGPS SA and an indirect 6% holding in Galp Energia SGPS SA valued at about 486 million euros ($580 million). Those assets have also been frozen.

Dos Santos said she must obtain court permission for each money transfer to pay her companies’ debts and some of her frozen accounts can’t be accessed to service the arrears. As a result, a company controlled by Dos Santos that owns an indirect stake in NOS recently missed a debt payment, potentially allowing a state-owned bank to foreclose on her shares, she said.

Dos Santos said she has no immediate plans to sell her stakes in Galp or NOS.

“These investments have been done almost 10 years ago,” she said. “Markets right now are a little volatile. To divest from these assets will have to be at the right time. I don’t feel the market is ripe right now.”