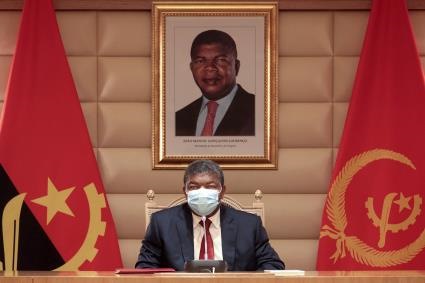 Angola, on April 19, suspended the broadcasting of Record TV África, a television network owned by the Brazilian media conglomerate Grupo Record, alleging it had engaged in “irregularities.”

In an official statement, Angola’s Ministry of Telecommunications, Information Technologies and Media (MINTTICS) justified the decision with the fact that Record TV África’s executive director was not a national citizen. The Ministry added that the network’s foreign journalists were not officially accredited in Angola.

The suspension took effect on April 21 and will last until further notice, according to the statement.

Reacting to the suspension, Record TV África announced on April 30 that it would replace its executive director, Fernando Teixeira, a Brazilian citizen, with Simeão Mundula, who is Angolan. The network also said that it did not have foreign journalists in its personnel in Angola.

At the time of the suspension, Record told the Brazilian press that it was surprised by the decision. It said:

Record TV África has been operating in Angola since 2005 and currently has 73 direct and indirect collaborators.

Record TV África, in strict compliance with the Constitution and Angolan law, informs the public, business partners and, in particular, its hundreds of thousands of daily viewers.

Record TV África is and has always been guided by the law in the more than 15 years it has operated in Angola and throughout the African continent, and will, together with the appropriate government authorities, seek clarification regarding the alleged irregularities.

The government’s decision comes amid mounting criticism of Universal Church of the Kingdom of God, the Brazilian owner of Grupo Record, which operates all across Africa including in Angola.

Since 2017, Angolan bishops have accused Universal Church’s Brazilian managers of corruption, mistreatment, and racism. In August 2020, Angolan prosecutors seized seven buildings belonging to the church as part of a criminal investigation into its activities.

A group of Angolan bishops seeks to create a breakaway Universal Church in Angola.

This story is a translation of a story originally published in Portuguese on April 22, 2021, and differs from the original as it includes developments that took place after its publication.