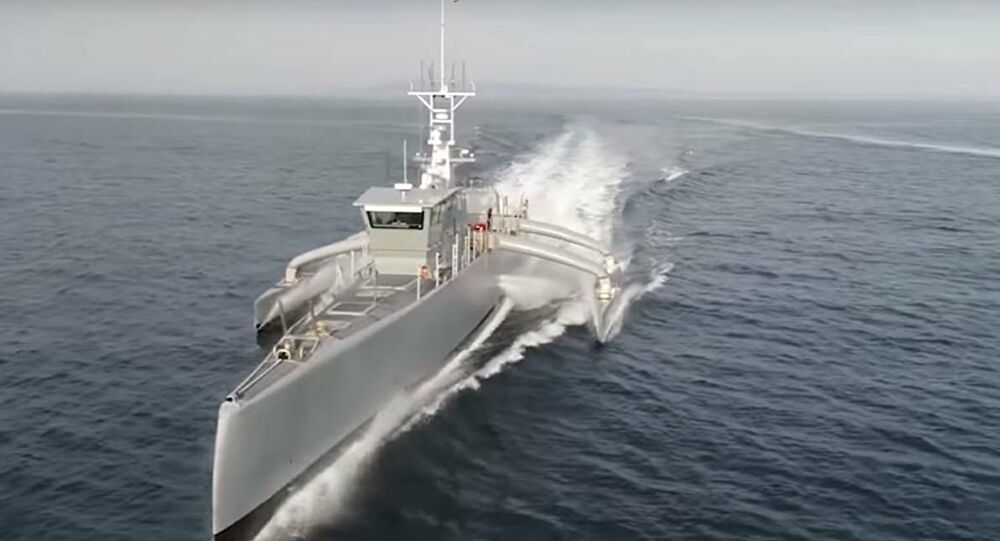 America Wants A Bigger Navy Of Smaller Ships To Compete With China’s Fleet!

THE SEA HUNTER is a sleek grey trimaran that cuts through the water at 27 knots, capable of sailing from San Diego to Tokyo, and back again, on a single tank of diesel—all by itself.

The ship is an “autonomous unmanned surface vehicle”—a fancy name for a sailing drone—operated by America’s navy. The air conditioning on board is for the benefit of computers, rather than humans.

The design pays little heed to habitability. “I’m on a ship that looks like a Klingon bird of prey,” remarked Robert Work, America’s then deputy secretary of defence, when visiting the ship in 2016. Earlier this month Sea Hunter spent time with the USS Russell, a more traditional destroyer, practising “manned-unmanned teaming”. The idea is that such double acts are the future of naval warfare.