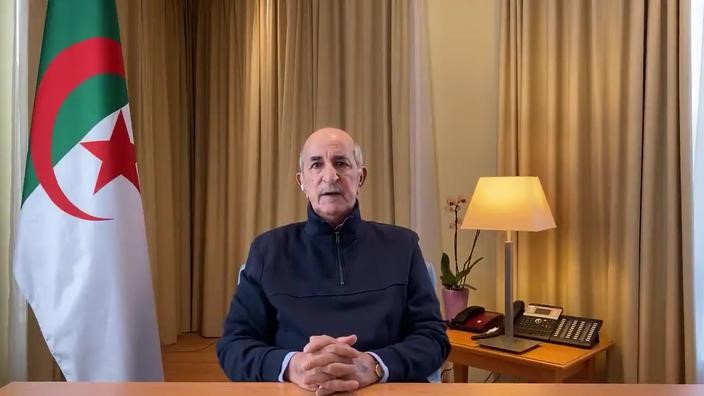 Algerian President Abdelmadjid Tebboune on Thursday announced the dissolution of the lower house of parliament to pave the way for the newly legislative elections amid health, political and economic crises. He also ordered amnesty for 32 protesters whose pro-democracy movement pushed out his predecessor two years ago.

According to AP, dozens of other protesters remain jailed, and activists continue to demand deeper change to Algeria’s secretive, military-controlled leadership structure.

In a speech on national television Thursday night, President Abdelmadjid Tebboune said that within 48 hours he would replace government ministers “who didn’t live up to their responsibilities,” without specifying whom.

The oil-dependent nation has been facing multiple challenges worsened by the coronavirus pandemic.

Tebboune had promised reforms after succeeding Bouteflika, who stepped down in 2019 following mass Hirak protests after two decades in power.

Algerians are still awaiting the implementation of the far-reaching economic and political reforms.

According to France24, the North African OPEC member country has been under financial pressure due to a sharp fall in energy earnings, forcing the government to cut spending and delay some planned investment projects.

A part of Tebboune’s promises was a diversification of the economy from oil and gas, which it has largely depended on over the years, accounting for 60% of the state budget and 94% of total export revenue.

He had disappeared from public view for a total of three months, receiving treatment for Covid-19 in Germany since October. He returned home earlier this moth.