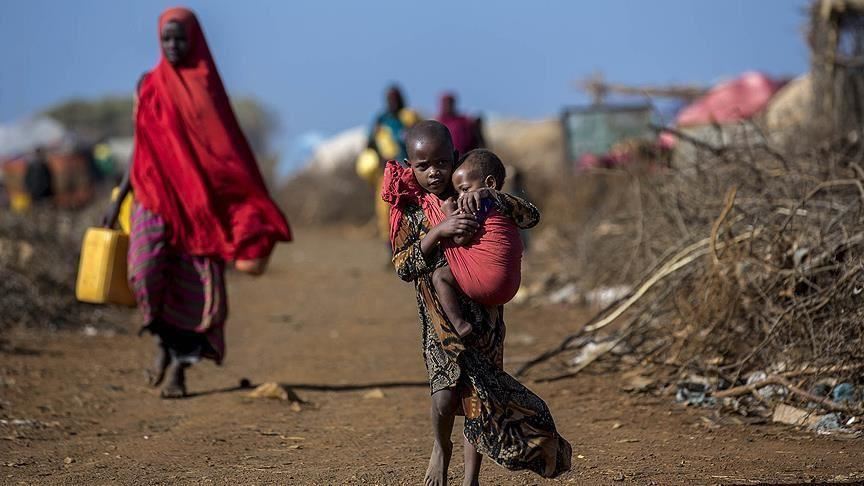 In 2018, I wrote against the oppressive, regressive, and wicked pension laws for former governors and deputies in Nigeria. These greedy fellows even after stealing and looting state treasuries while in office, are still given hefty sums of money and fleet of cars as pension after leaving office.

In Nigeria, former military dictators who came to power through bloody coup d’etat and stole billions of dollars that should have been used to develop the country, also enjoy these entitlements.

We will be looking at how African leaders used political means and power to pass oppressive laws in order to accord themselves eternal wealth.

NIGERIA
At the end of each year, Nigeria spends more than N2.3 billion to sponsor the lavish lifestyle of its former Presidents and Vice Presidents who all failed the country for the past 50 years. In 13 years, the country has spent N15.3bn on ex-presidents, VPs. This is all coming at the expense of the poor masses who cry daily as a result of the hardship brought on them by the same leaders they fund their lavish spending.

Take a look at Nigeria, Ghana, Cameroon and South Africa. What do they all have in common? A large number of their citizens live in abject poverty. This very poor populace depend on crumbs and beg for a raise while the political elite travel around the world living a life of luxury.

The streets are the same – dirty, abandoned with potholes, no electricity supply and high cost of living. But, in all these, the leaders are never affected because there is always money for them to live and enjoy their lavish lifestyle.

These evil African leaders spend most of their lives traveling from one country of the world to the other on choice vacations, enjoy steady power supply in these countries, first-class healthcare, good roads abroad; but they will never replicate the luxury and goodness they witness abroad at home. They enjoy it when they see the masses wallow in abject penury, begging them for crumbs. You see a whole lot of these evil-minded leaders in Nigeria.

In Nigeria, there are different pension laws for ex-governors and their deputies. All of the laws are padded with extravagant luxury, fleet of cars, and an entourage of security aides. We will use Lagos state as example. It is almost the same thing with what is obtainable in all the other states of the federation.

The Lagos Pension Law approved by former governor Bola Tinubu 2007 stipulates that a former governor will enjoy the following benefits for life: Two houses, one in Lagos and another in Abuja. According to property experts, such a house in Lagos is to cost N500m and Abuja N700m.
On top of that, he gets 6 brand new cars replaceable every three years; furniture allowance of 300 percent of annual salary to be paid every two years, and close to N2.5m as pension monthly. (about N30m pension annually).

While the ex-governors who can only stay in power for a maximum of 8 years enjoy this luxury, a civil servant who served the country for 35 years, is owed for most of the years he/she worked, but can’t boast of N2million as a retirement package.

The Nigerian example clearly shows that African leaders especially the political elite are people without a conscience, a failed set of demons collaborating with foreign shylocks to rob the continent of its glory.

The Act which gives them this luxury states: “As from the commencement of this Act, all former-Presidents and Heads of State of the Federal Republic of Nigeria (in this Act referred to as ‘former Heads of State’) shall be-(i) paid the sum of N350,000 per month as up-keep allowance; and (ii) entitled to the perquisites of office specified in Part I of the Schedule to this Act; and

“(b)Vice-Presidents and Chiefs of General Staff of the Federal Republic of Nigeria (in this Act referred to as ‘former Vice-Presidents”) shall be- (i) paid the sum of N250,000 per month as up-keep allowance; and (ii) entitled to the perquisites of office specified in Part II of the Schedule to this Act’”
There are also provisions for domestic staff, security aides, vehicles and upkeep allowances for families of deceased presidents.

For instance, each former President is entitled to an officer, not below the rank of a chief administrative officer, a personal secretary not below Grade Level 12, three to four armed policemen, one Department State Service (DSS) officer not below Grade Level 10 as an Aide de Camp to be attached for life and paid by the state security agencies, three vehicles to be bought by the Federal Government and liable to be replaced every four years, and drivers to be paid by the Federal Government.

GHANA
Things are not that different in Ghana. There is even a more lavish pension for former ex-leaders. In 2009, there was a public outcry in Ghana after the report of a committee given the responsibility to draft pension for ex-leaders was leaked.

According to a BBC report, the committee recommended that the former president should be given fully furnished residences that befit a former president at a place of his choice – one in Accra and another out of the national capital.

In addition, the former president would be entitled among other privileges, to six fully maintained comprehensively insured, fuelled and chauffeured-driven cars to be replaced every four years. The fleet comprise of three salon cars, two cross country cars and one all-purpose vehicle.

The facilities that would be accorded the president would be maintained by the states but would not revert to the state when the former president dies.

The report also noted that travelling in congested traffic by the former president would be facilitated by police escort bearing in mind security considerations.

According to the report, the former president and spouse are entitled to one overseas travel once a year with a maximum duration of 45 days, but if he had served two consecutive terms, he would be entitled to 65 days.

The former first couple, in addition to their privileges, will travel on diplomatic passports and courtesies accompanied by three professional and personal assistants and adequate security.

The ex-president will have a 24-hour security services, entertainment package for his leisure among others at the expense of the state.

SOUTH AFRICA
South Africa pays former presidents the same salaries and other packages that they were receiving the day before they left office, for the rest of their lives.

There is provision for medical insurance fully paid, annual pay increases based on those recommended by the Remuneration Commission, grants of 50 per cent of the ex-president’s package to his widow if he should die.

At a time the continent is grappling from one problem to the other and the citizens wallowing in abject poverty, it is wicked and evil of these African leaders to think only of themselves.

Workers in different African countries have on numerous occasions proceeded on months of protest for governments to address welfare packages for its workforce, but it comes out with miserly packages. It is no wonder then that Africa continues to languish as the dark continent with leaders who are corrupt-minded, selfish, beastly, accursed, unfortunate and evil.

African current and former leaders like Sani Abacha, Isabel dos Santos, José Eduardo dos Santos, Teodoro Obiang Nguema Mbasogo, Omar Al-Bashir, Yahya Jammeh, and many others will continue to remain cursed for life. History will always remember them as scums of the continent.