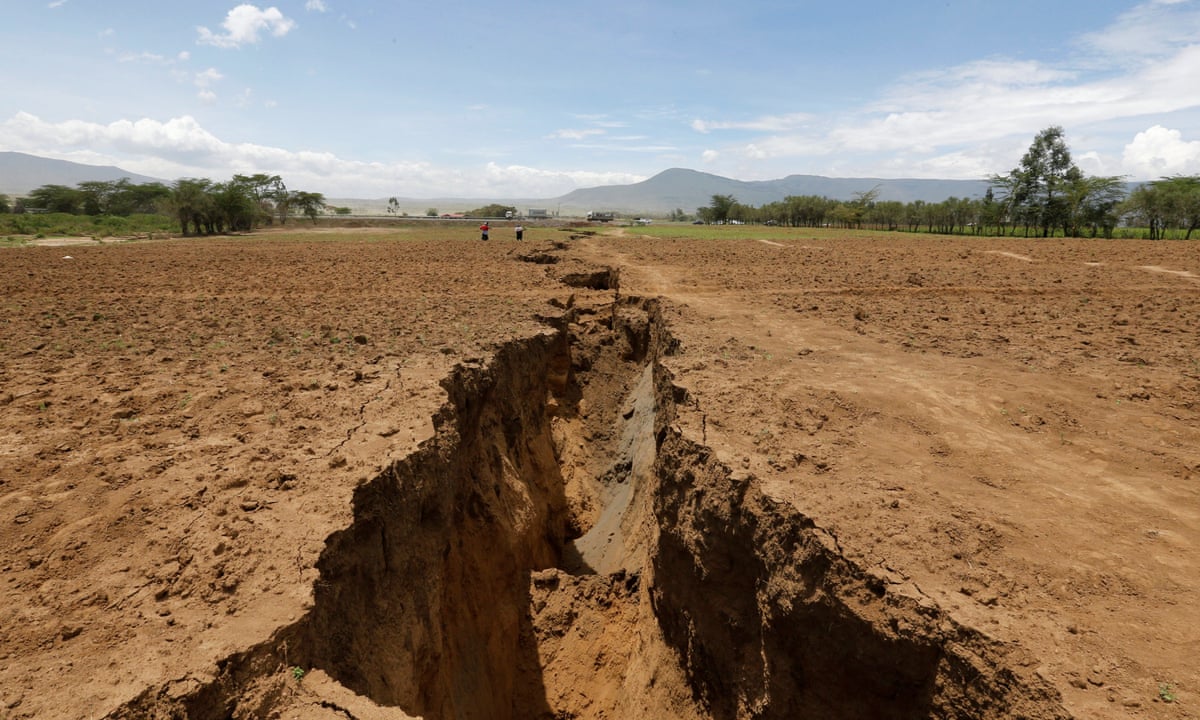 Africa Not Splitting In Two, Cracks Notwithstanding!

The aura was such that it became a cry not of Africa splitting in two at some geological time span
from now – that is, perhaps millions of years – but Tanzania specifically being cut off from the rest of
the continent.

Talk about the bad, the ugly and definitely also the laughable bits of fake news being flashed and
big fears being spewed in all directions!

Dr. Stephen Hicks, a post-doctoral research fellow in seismology at the University of Southampton
in Britain wrote an incisive piece on the issue that was splashed in most continental and related
media, noting summarily this phenomenon with a cryptic summation, that “Africa is slowly splitting
into two – however, this ‘crack’ in Kenya has little to do with that.”

It was a dramatic summation and definitely well presented, but with prolongations of the data into
the future in a rather grandiose manner, which hence enabled the preposterous conclusion of
splitting into two, while a large visible crack is epiphenomenal and not part of that fundamental
trend.

The latter has no visible indication yet, and Dr. Hicks used this occasion of the split not to explain it
specifically but make it a ladder for something more captivating…

Without seeking to doubt any of the Southampton seismologist, there is a rule in philosophy which
would enable critics to put aside all other ventures into geological motions or anticipated
morphologies in the future as they weren’t the issue at hand, but the ‘crack’ in Kenya.

The event, or in routine language the talk of town was appearance of a large and continuous rift
(but with ‘land bridges’ in various points) which brought up the query, and hence the conclusion
that this fault line represents a drift into splitting after the ritualistic millions of years, if Africa is
‘splitting’ at a rate of less than one centimetre a year.

Is this finding not well within the range of error in the range of precision instruments, and even if it is measurable or it was so for a while isn’t it entirely possible its continuity or assurance of continuity can’t be so assured as it has to hinge on observable movement like this innocent crack?

The UK seismologist explained the much vaunted crack in the Kenyan Rift Valley zone from localized events of erosion of volcanic top soil due to the massive flooding in various parts of Kenya and elsewhere, implying that climate change and flash floods were making an indelible impression even on the rock structures, creating what the seismologist said was a gully.

It means it is unlikely spread much further, except in the same context of flooding if the new land redistribution would not have stabilized. As for the profound rift to which the real split is being attributed, there is 50 years of research being awaited before the ‘split’ attains even one meter long, in which case all other affirmations border on speculations mistaking a gully for a new rift. Outside this gully as the seismologist calls it, there is nothing that is worth the hoopla of Africa being split into two.