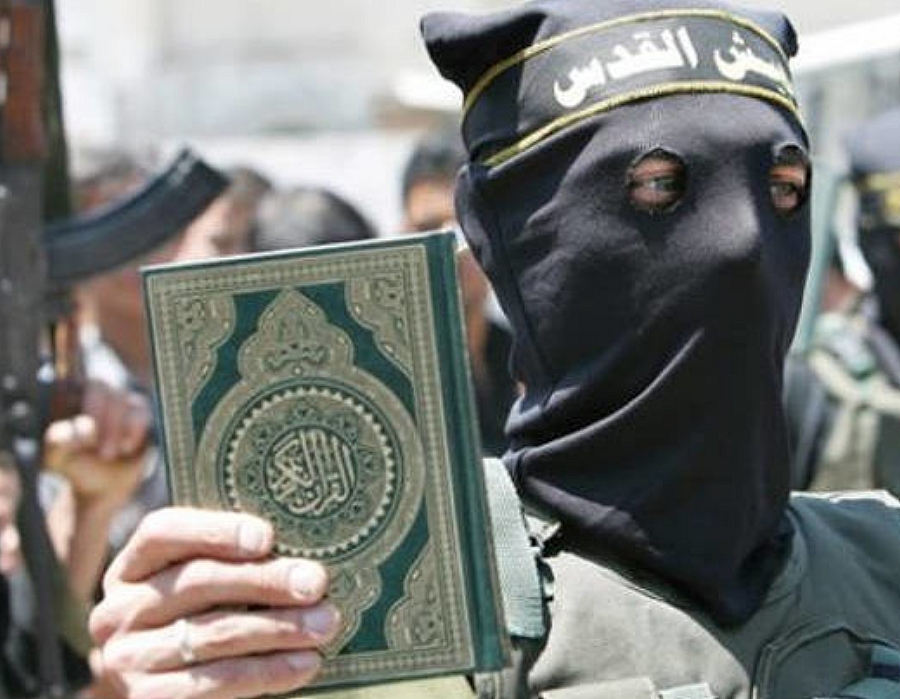 Africa Has Become A Jihadist Playground

In an unprecedented public warning in early February, Bernard Emie, the head of France’s Directorate-General for External Security, reported, “From Mali, [Islamist] terrorists have worked on attacks against us, against our partners, and they are thinking about attacks in the region and Europe.” Emie expressed concern that Al-Qaeda is planning to expand its terrorist operations further across West Africa toward the Gulf of Guinea. “These countries are now targeted too,” he warned. “To spread southwards, the terrorists are already financing men who are entering the Ivory Coast or Benin on the borders of Nigeria, Niger, and Chad.”

A senior U.S. military official, General Stephen J. Townsend, reported to Congress last year, “Both al-Qaida and the Islamic State networks are working together to exploit under-governed regions, disenfranchised populations, and porous borders and threaten the security and stability of our African partners, our allies.”

According to Emie, chiefs of the jihadist organizations in the Sahel convened a year ago (February 2020) in central Mali to discuss the preparation of large-scale operations directed against military bases in the region. According to French sources, attending the meeting were Abd el Malek Droukdel, the notorious chief of Al-Qaeda in the Islamic Maghreb (AQMI), killed by the French troops in June 2020, Iyad Ag Ghaly, head of the GSIM (Groupe de Soutien a l’Islam et aux Musulmans) and his close assistant, Amadou Koufa, chief of the Macina Battalion (a jihadist group active in West Africa between Senegal and Nigeria). Since Droukdel’s death, Ag Ghaly has become the chief strategist of Al-Qaeda in the Sahel. During this meeting, Emie reported, the jihadist leaders decided to expand their groups’ presence to the countries of the Gulf of Guinea. Fighters were also sent to the Ivory Coast, Benin, Nigeria, Niger and Chad.

According to the French intelligence sources, the objective of these jihadists is to pursue Al-Qaeda’s goals to destabilize the targeted regimes by committing terrorist attacks in general, and in Europe in particular. The penetration of the violent extremist organizations (VEOs) into the Sahel area, combined with the presence of the Shabab jihadists in the eastern end of the African continent and the gradual takeover by jihadists and the Islamic State fighters of the oil and gas-rich Cabo Delgado area in northern Mozambique have raised an alert among the Western and African intelligence agencies. The security officials follow closely and with great concern the continuous advance of the jihadists in those areas and their capture of huge swaths of land where the central governments were never present.

The widespread warfare and even massacres across Africa are creating a mammoth refugee and hunger calamity. Last year, the United Nations Secretary-General’s Special Representative to the region reported that “in Burkina Faso alone, as of June 2020, 921,000 people have been forced to flee … In Mali, nearly 240,000 people are internally displaced—54 percent of them women—while in Niger, 489,000 people were forced to flee, including Nigerian and Malian refugees.” The situation in Nigeria is also critical, where “8.7 million people will require urgent assistance,” according to the U.N. Office for the Coordination of Humanitarian Affairs.

The jihadist presence in Africa is not a new phenomenon. Nigeria has been fighting Boko Haram (which expressed its allegiance to Islamic State), since the 1990s. However, the fact that neither Nigeria nor any other country targeted by the jihadists has succeeded in quashing their presence and neutralizing their influence has encouraged the extremists to penetrate shaky and unstable regimes hit by internal strife, poverty and ethnic confrontations.

Most of those jihadist groups are the offspring of either the Islamic State or of the Al-Qaeda organizations and have been active in the Sahel areas for many years: from the northern part of Mali, the eastern parts of Mauritania, Morocco and the southern parts of Algeria, Tunisia, Libya and Chad. The VEOs have succeeded in creating a vast web, interconnecting with other jihadist organizations, and extending their presence and destructive activities to Burkina Faso, Benin, the Central African Republic, the Ivory Coast and Senegal. They have now reached the eastern parts of Africa (Kenya, Uganda, Ethiopia, Somalia, and Mozambique), thus creating a jihadist belt that begins on the shores of the Atlantic Ocean and reaches the Red Sea and the Indian Ocean.

The presence of the extremist groups in the “jihadist belt” has destabilized the area and has had a crucial impact on the willingness of outside investors to risk huge sums in those regions at risk. The United States and France’s military presence, together with local allies of the G5 (Mauritania, Mali, Niger, Burkina Faso and Chad), has succeeded in limiting the damage perpetrated by the jihadist organizations but has failed to eradicate the phenomenon.

“We also see a serious regional threat from violent extremist organizations emanating from the Sahel,” warned Gen. Townsend, head of the U.S. Army’s AFRICOM. “Security is deteriorating rapidly, with a 250% increase in VEO violence since 2018 in Burkina Faso, Mali, and western Niger. Having quickly spread from northern Mali, al-Qaida’s JNIM, ISIS-aligned groups, and other VEOs are now operating throughout the Sahel region.” Nevertheless, France’s President Emmanuel Macron is considering a reduction of the French military force of 5,100 in the Sahel states.

The involvement of Western powers in the fight against jihadism is meant primarily to fight the terrorists in their own territory in the hope that it will also thwart terrorism outside Africa. However, it is unclear if this method actually protects Europe, in particular, as many attacks there have been carried out by home-grown jihadists affiliated with the Islamic State.

On the other hand, it is also clear that ending the West’s war in Africa against jihadism would prove fatal to shaky regimes and open the doors to terrorist activities in Europe. The example of thousands of brainwashed Europeans who volunteered to join the ranks of the Islamic State in Iraq and Syria proves that there is fertile ground in Europe to sow jihadist activity exported from Africa.

Today, it is obvious that the declaration of victory against the Islamic State was premature. “The international community is not making durable progress in containing priority VEOs in Africa,” warned Townsend.

Even though beaten and left without its territorial base following its defeat by the coalition forces in 2017, Islamic State is still very much alive and, from time to time, reminds all concerned of that fact.

This article was first published by the Jerusalem Center for Public Affairs. |Image: corrispondenzaromana