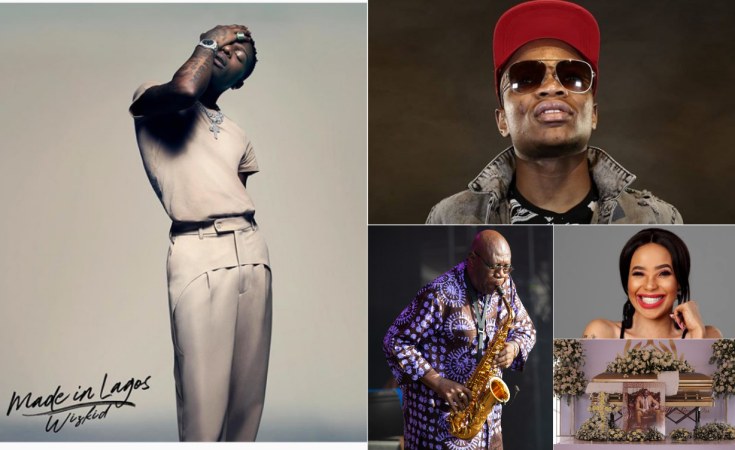 The year is almost over, and aren’t we all glad!

2020 made us want to hide under the covers and never come back out. It was a year full of surprises and thrills when it came to the world of entertainment, arts, and culture.

The coronavirus pandemic challenged the industry like never before. The entertainment industry was heavily affected as lockdowns and physical distancing were enforced. This resulted in concerts, live performances, and festivals being postponed, or canceled. Cinemas went dark and empty, and nightclubs were closed. The misery was universal. Everything fell apart.

But, through it all, it didn’t completely kill the industry as creativity and resilience spirit kept the industry alive. It actually opened up a world of new possibilities as everything had to be done in the comfort of your own homes. All you needed was a good quality camera and internet. Over the past months, we witnessed live gigs by musicians and DJs to their fans via platforms like Facebook, Instagram, YouTube. At least music was one of the biggest escapes to help lift our spirits during the pandemic.

Here are some of allAfrica’s coverage that had people talking.

Burna Boy is without a doubt one of the biggest stars in Africa. He continues to reign on the music scene and shows his musical prowess to the world. He released his fifth album, Twice as Tall, and the album has already fetched him a second consecutive Grammy nomination. Again, he scooped the Best International Act at the 2020 BET awards. He became the first African to win the award for two years in a row.

The prestigious magazine, British GQ, listed Burna Boy’s Twice As Tall and Wizkid’s Made In Lagos as part of the 24 albums that made the year 2020 more tolerable. The Nigerian singers are the only Africans on the list and they were spotted on numbers 16 and 17.

South African DJ had a stellar year with his hit song, Jerusalema featuring Nomcebo Zikode. It gained international success and topped global charts. It also became the most searched song in the world.  Since its release, Jerusalema has become a global phenomenon, even inspiring its own dance challenge.  The hit song has brought in countless awards.

D’Banj and the rape accusation

Nigerian singer, Oladapo Daniel Oyebanjo, popularly known as D’Banj, was accused of rape by a woman known as Seyitan Babatayo.  In a strange twist of events, the victim was then arrested for accusing D’Banj of rape. The woman claimed that she was subsequently targeted by police, sparking outrage amid rising activism in Nigeria against endemic sexual abuse. It grabbed headlines for weeks, with many social media users calling out the artist.

Diamond Platnumz and his many dramas

Diamond Platnumz became the hot topic of discussion. For anyone that was routing for Diamond’s relationships, the disappointments kept on coming. The popular Tanzanian singer was never short of drama. He is well-known for his many relationships that always doesn’t end well. Diamond’s love life is complicated. He has addressed the Zari affair, the breakup with Tanasha Donna, and the exchange of words with Hamisa Mobetto. His success on the music scene, however, keeps growing. He has kept his fans entertained with hit-after-hit.

The popular Senegalese-American singer is still moving on with his plan to build a futuristic city in his birth country even though local villagers don’t know what to think. The proposed city will be located outside Dakar.  Akon described it as a “real-life Wakanda,” comparing it to the technologically advanced fictional African city portrayed in the blockbuster film Black Panther.

What Really Happened to Yvonne Chaka Chaka in Uganda?

The popular South African music legend dismissed reports that she was deported from Uganda, where she was scheduled to perform at a New Year’s Eve concert. According to authorities, the singer was sent home due to visa issues but Chaka Chaka took to social media, explaining that she left of her own accord.

French authorities have said it will return 26 artworks looted from Benin during the colonial era. The pieces are at the Quai Branly museum in Paris.

Adele Rolling in the ‘Deep’ After Africa Sex Tourism Skit

British singer Adele came under fire for a skit, with Saturday Night Live cast members Kate McKinnon and Heidi Gardner, that intended to “mock” sex tourism. In the skit, they encouraged visitors – particularly women of a certain age – to come to Africa, to see African men. The trio used cringe-worthy sexual innuendo that had critics blasting the production for the stereotypes, accusing them of “fetishizing” black men. The skit was branded offensive by viewers.

It’s been a roller coaster of a year and here are some top stories that shook us:

Published in AfricaWatch, Celebrity and Entertainment