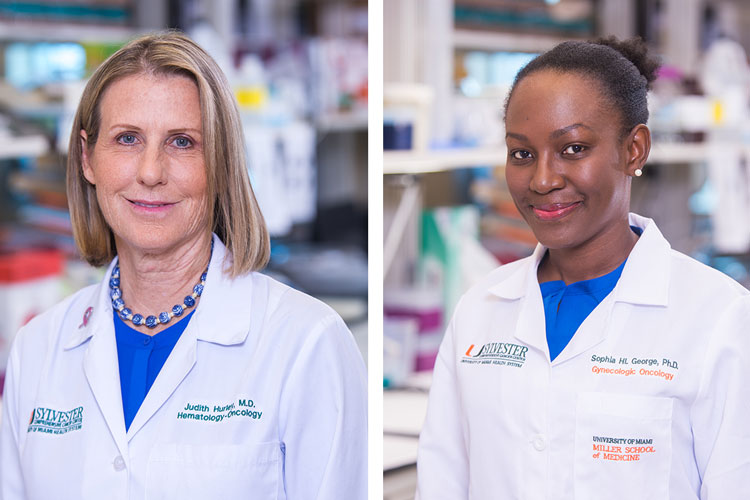 One in 7 Caribbean-born individuals with either breast or ovarian cancer had hereditary disease with an actionable pathogenic variant, which provides the opportunity for the utilization of targeted therapeutics and precise prevention strategies.

One in 7 Caribbean-born individuals with either breast or ovarian cancer had hereditary disease with an actionable pathogenic variant, which provides the opportunity for the utilization of targeted therapeutics and precise prevention strategies, according to results from a study recently published in JAMA Network Open.1

“This genetic association study was a large, unique, and multinational study of breast and ovarian cancer in the Caribbean population. Pathogenic variants in the breast cancer genes of BRCA1, BRCA2, and PALB2 are common causes of breast cancer in Caribbean women,” Sophia George, PhD, research assistant professor at Sylvester Comprehensive Cancer Center of the University of Miami Health System, and colleagues, wrote. “People of African descent are understudied and undertested in both the breast and gynecologic cancer settings. Targeted genetic testing of only BRCA1 and BRCA2 is insufficient in Caribbean women, and panel multigene testing should be recommended.”

Approximately 40 million individuals reside in the Caribbean and most patients are of African descent with genetic admixture of Indigenous, Asian, Indian, European, and Middle Eastern immigrants. Importantly, breast cancer is a leading cause of cancer-associated deaths in these women; in fact, in some countries, young women are disproportionately affected by this.

In light of the high rates of breast and ovarian cancer that have been observed in the Caribbean, and the relatively young age of patients at the time of presentation, investigators set out to identify the rate of inherited breast and ovarian cancers in select countries within the Caribbean as a way to derive a better understanding of different disease variants region wide.

To do this, investigators planned to consider the odds of harboring a pathogenic or likely pathogenic variant when individuals are diagnosed with these diseases at an early age. They also performed multigene testing for hereditary breast and ovarian cancer genes in individuals who resided in 7 Caribbean countries: the Bahamas, the Cayman Islands, Barbados, Dominica, Haiti, Jamaica, and Trinidad and Tobago.

The cross-sectional Caribbean Women’s Cancer Study was conducted between June 2010 and June 2018 in 1018 patients with invasive breast cancer and/or ovarian cancer who resided in the Caribbean. Individuals were identified by the following: treating physicians, local cancer societies, hospital and pathology records, and outpatient oncology clinical records of the individual islands. Investigators also recruited participants through the use of different media outlets.

To be eligible for enrollment, patients had to have a pathologic diagnosis of breast cancer and/or ovarian cancer, at least 1 grandparent born in 1 of the 7 selected countries, and they had to be able to provide consent, as well as a saliva sample.

All samples collected from patients underwent next-generation sequencing (NGS) and multiplex ligation–dependent probe amplification to allow for the identification of all classes of variants. All individuals were initially screened for BRCA1, BRCA2, PALB2, and RAD51 variants in the phase 1 portion of the research.

In phase 2, those residing in the Barbados, Cayman Islands, Dominica, and Haiti received full NGS of 30 genes. Those residing in Jamaica and Trinidad who had a family history of either cancer, were less than 40 years of age, and tested negative for the variants examined in phase 1, were re-examined using a multipaneled test.

Of the 1018 participants enrolled to the study, the majority (n = 996) were women, 21 female individuals had ovarian cancer and 3 men had breast cancer. Notably, 86% of patients with breast cancer had a self-detected mass and sought medical attention, underscoring the fact that disease detection via mammogram was uncommon.

More than half of the women who were diagnosed with breast cancer (63%) were premenopausal, and the mean age at the time of diagnosis was 46.6 years. The mean age in those diagnosed with ovarian cancer was 47.6 years. Discrepancies of age and population-based cancer registries in Trinidad and Tobago and the Barbados were noted.

Of 607 patients with a documented disease stage at diagnosis, 33.4% had stage III disease and 5.9% had stage IV disease. Those residing in Haiti had the highest percentage of advanced-stage disease, at 64.7%, while the lowest percentage was noted in Cayman Island residents, at 11%.

A total of 144 variant carriers was identified in the study cohort. Among the carriers for breast cancer, the mean age was 40.7 years; these individuals were significantly younger than those who did not have germline variants, according to the study investigators (P = .03). Approximately 44% (n = 29/66) of carriers were diagnosed with triple-negative breast cancer (TNBC) vs 21.1% of noncarriers (P <.001).

“These data may be useful in screening, increasing awareness of cancer risk, and encouraging risk reduction strategies in people of Caribbean origin and their unaffected family members,” the study authors concluded. “Awareness of the heightened risks among these patients may help minimize morbidity and maximize care in a group already overburdened with well-described cancer health disparities.”

Published in Medicine, Oceania & the Caribbean, Science and World